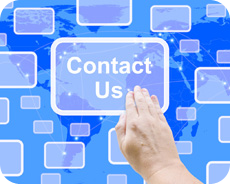 We,SSIC Ltd are high-new tech enterprise base in Shanghai .We produce、develop various catalysts、carriers、serial water treatment chemicals and fine chemical products. Serial Palladium catalysts utilized in the production of hydrogen peroxide (H2O2), as shanghai High-New Tech Products and State Key Products, it covers 50% of the Chinese market with its top class international quality. Catalyst carrier is a leader in the domestic market, where we also lead with most products and output regarding catalytic carriers in China. Serial water chemicals have been creating the typical GREEN water treatment series, such as PASP, TCPM. The product, 3, 5 – dimethylphenol, methylamine catalyst are well received by the user.

We established Hua-Su Water Treatment Research Institute which cooperates with East China University of Science and Technology. We are one of the council for Industry Catalyst Magazine ,and Shanghai Chemical Industry Magazine.

The company is located in the Gaodong Industry Area of Pudong., Shanghai, and adjoins Waigaoqiao FTZ and Outside Belt Highway, which is has convenient transportation links and is ideally located.

We aim to be a world leader among professional chemical companies, to keep improving, and supply clients with the best high quality service and products.

The enterprise was authorized as Shanghai High-New Tech Enterprise in 2003.

3 A preparation method of the 2-methylcyclohexanol

4 A organic solvent system in the production process of hydrogen peroxide.

5 A preparation method of the 2 – methylcyclohexylacetate.

TCPM widely acts as anti-fouling compound in paint mainly used in disposing ships, fishnet, buoyages, sea-rout and some underwater components ,it can prevent marine testacean creatures, marine soft body creatures and sea weed plants from parasitizing on ship's body. It can dip in water for quite a long time, has the advantages of no rudimental layer on the surface, no craze and no peal, it can maintain membrane erosion ratio and has repaint adaptability.

It also acts as antiseptic and mould inhibitor of wood and some kind of aquatic emulsion,. Just 0.2 % of TCPM(2000ppm) can restrain the growth of mould fungus, bacterium and some kinds of pests. TCPM is almost harmless to any king of creatures. It can easily resolve in common organic solvent. Such as toluene, dimethylbenzene and benzene which make it quite easy for use, and we can also use TCPM as emulsion. The methods of its application are mainly the following.

1, Add it to the adhesive used to produced viscose and veneer.

2, Use its liquor or emulsion to dispose woods under pressure.

3, Directly dispose the surface of woods with its liquor or emulsion.

The 3,5-dimethyphenol is a major intermediate which is used in many products, including rubber accelerant, antioxidant, pharmaceuticals,perfume, dye, antiseptics, explosive, mimeograph, coating, adhesion agent, DBP decyl butyl phthalate, antioxidant,bactericide, antiseptics, shampoo, and to manufacture the modified phenolicresin, and act as a additive of cold rolling steel oil.

2-Methylcyclohexylacetate is used in the solvent system of the hydrogen peroxide, which dissolve quinine organics, also the reaction of other solvents, such as, oil, colophony, basic dyes, nitro-cotton, raw rubber and the additive of perfume, solvent used in the paint etc.